Warriors Move on to Next Playoff Making Ocon #Roadkill. 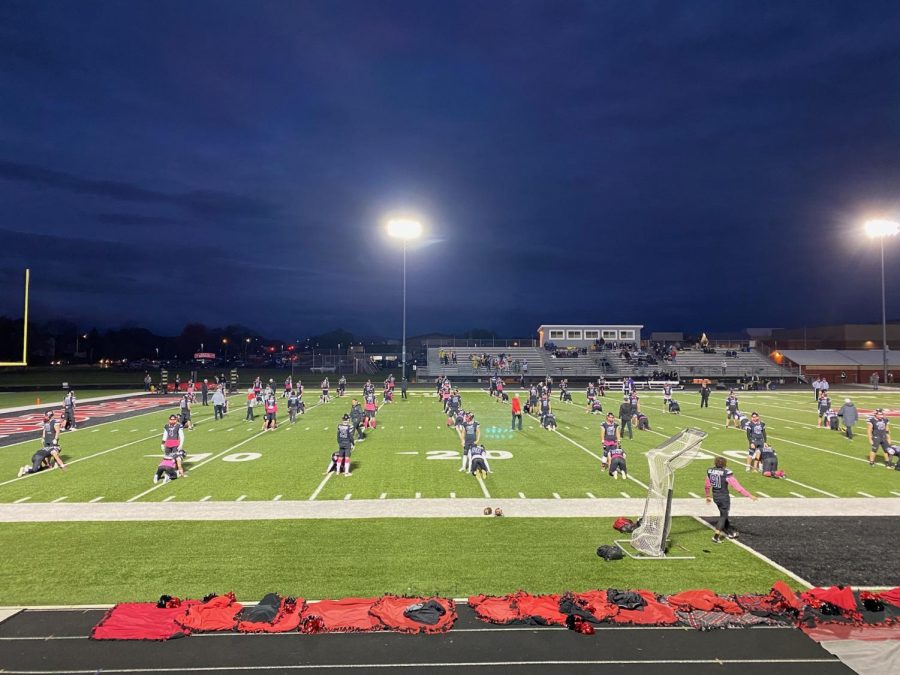 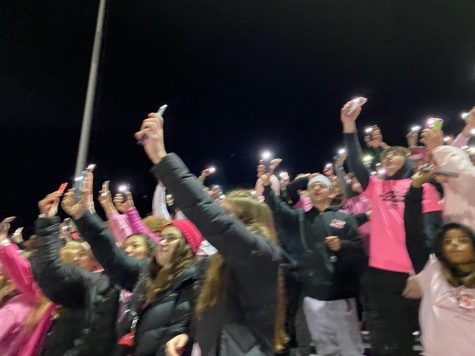 Claiming their first playoff win, the Muskego Warriors exterminate the Oconomowoc Raccoons, with a final score of 35-0. Oconomowoc starts off by dropping the ball within the first few seconds of the game. This is follwed by Muskego quarterback, Dylan Krause  #10, throwing the ball to tight end Matt Conner #14 who catches it and causes the Warriors have their first down. Touchdown warriors! Kicker, Nikita Gladkov #91 makes the field goal making the score 7-0. Oconomowoc drops another ball with 6:56 on the clock. Defensive line, Steven Wauer #90 tackles Oconomowoc at 3:33 on the clock. Oconomowoc’s quarterback threw a good pass, but unfortunately, Oconomowoc’s receiver dropped it making the pass incomplete. The first quarter came to an end with a score of 7-0 Muskego.

Second-quarter begins with Muskego having the ball at first down. A flag was thrown at the Warrior at 11:17 on the clock, and just like that Muskego is back with their first down at 11:08 on the clock. Running back, Sam Steuber #6 scores the second touchdown for the Warriors. Following the touchdown Kicker, Nikita Gladkov’s #91 field goal was good. #86 on Oconowoc drops the ball from the 30-30 yard line. Oconomowoc’s offensive then fumbles the ball at the 10-yard line and defensive line, Steven Wauer #90 recovers the ball. Catch by running back, Carson Holman #29, carried by running back, Hunter Logan #26. With 45 seconds left of quarter three, running back, Carson Holam #29 scores a touchdown. Field goal kicked by Nikita Gladkov #91. Quarter two is coming to an end but Muskego is finishing off strong with their Outside linebacker, Rylan Olsen #38 having an outstanding tackle on the 20-yard line after a kick return. Following in the footsteps of an amazing play, Outside linebacker, Austin Elger #19 intercepts with 18 seconds left of the half. Quarter two also known as the first half ends with a score of 21-0. 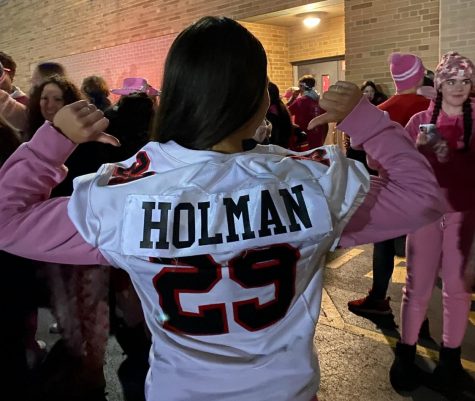 cored by running back Carson Holman #29. The field goal kicked by kicker Nikita Gladkov #91 is good making the score 28-0. The Warriors aren’t finished yet. Defensive ba

ck, Alec Tewes #37 breaks up a big pass for Oconomowoc. Quarter three ends with a score of 28-0.

This was the Raccoon’s final chance to make a comeback, but unfortunately, the Raccoons were speared by the Warriors. The defensive line, Steven Wauer #90 came back for another tackle, but this time it was at the 15-yard line. Outside linebacker Adam Balcerak #15 makes a pass incomplete in the end zone! So close, yet so far for those Raccoons. Running back, Carson Holman #29 with the carry, but sophomore Ashton Krause #32 gets a touchdown with 1:40 on the clock. A field goal is kicked by kicker, Nikita Gladkov #91 and it is good. Quarter four ends with the Warriors winning 35-0. Both teams played excellently, but unfortunately, the Raccoons did not get to live another day in the Playoff season.