The story of Joey Schaefer after high school 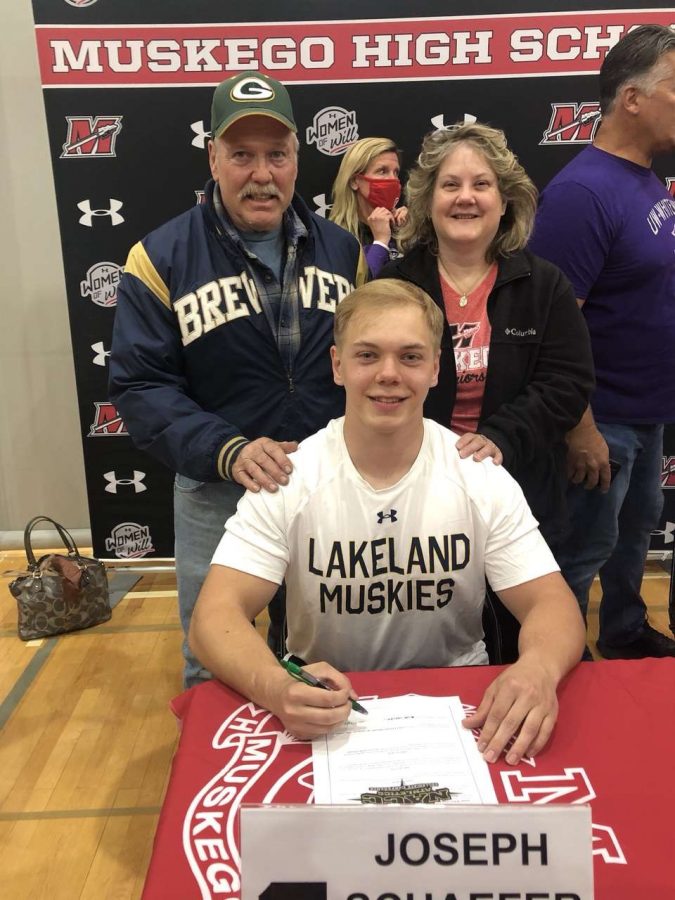 On April 14th  there will be signings for the senior graduates of the class of 21’. When it comes senior year it is a big time, with everything that has happened within the last year the seniors have come a long way. Junior year online, sports canceled, prom canceled, statewide lockdown, but that didn’t stop the seniors from continuing on with their lives; they still sought out to find their career paths and are on their way to graduate. Last year of high school and a big decision on where their journey will begin.

t who will be going to the school Lakeland University for football. Joey stated his reasons for choosing Lakeland:

“After touring Lakeland I realized that was another home for me for not just football but going there for the school and I knew I can do it as the person I am today.” Joey explained his initial plan, “At first my plan was not a four year college and I did not plan on doing anything else after high school but I did want to play football and they started recruiting. I played basketball, baseball and soccer, but I started playing football in the fifth grade.”

Adding on, Joey spoke of his plans for college he said, “My plan for college is going for the full four years and graduating. I hope to accomplish at Lakeland University to graduate in 4-5 years with either a business bachelor’s degree or masters.” A common thing being wondered is what inspired Joey to pick business and his response was, “Right now I am taking some business courses in high school, but my dad is an entrepreneur and owns his own business and that was kind of how I found my own interest.” Furthermore, “ I do plan on working with a specific business once out of college and building up my resume. I guess I would have some knowledge of how to open a business but I would most likely not unless I had the money and business idea too.”

Overall, Joey Schaefer has a successful road ahead of him at Lakeland University!