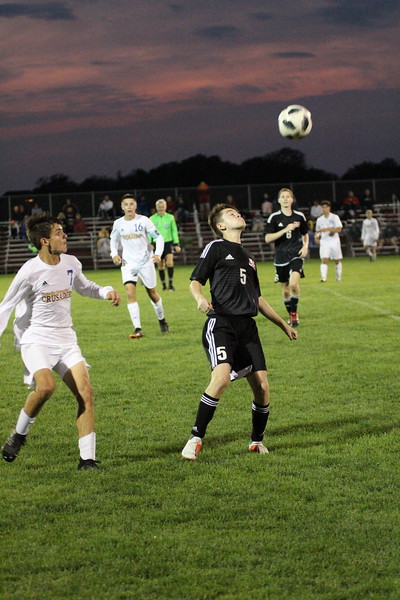 As the Boys Varsity Soccer team’s season is coming to the start of the end we reflect on the season and the welcoming of a new coach.  This season the team welcomed Coach Loretto to the team.  Coach Loretto started to play soccer at the age of 6, she played for her high school and then went on to play for Trinity International University in Deerfield, IL.  She started coaching four and five year olds her freshman year of college.  This fall is her sixth year coaching, boys and girls.  When asking Loretto what she thinks about the season so far she says, “As we enter the final weeks of our season before playoffs, we know that there is still a lot of work to be done to make a long run in the postseason. We know the level at which we can compete, it’s just a matter of doing the little things well and competing with excellence every play, every day.”  The boys opened their season with a non-conference game vs West Bend West  where they fell 2-5. They then attended a pre-season tournament where they faced New Berlin Eisenhower which concluded 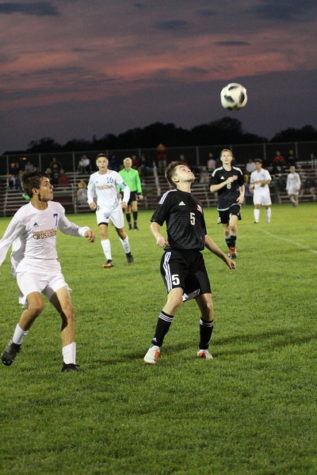 in a 1-2 fall and the Slinger Owls which was a tied game 1-1.  They then faced Waukesha North where they fell 2-3.  Franklin was next, which they won 3-0.  Then Arrowhead where they lost 0-1, Waukesha West where they lost 1-4, they then won against the Oconomowoc Racoons 2-4 and finally a win over Racine Park 6-1.  Loretto says “One of my favorite parts of coaching is giving students an opportunity to play for something bigger than themselves. There are few teams which compare with the dynamic that comes from high school athletics. There is a sense of pride that comes with playing to represent your school with your teammates. My high school coach told me that my freshman year of high school and I couldn’t agree more.  Coaching is about celebrating the little victories for one player or all players that eventually lead to big victories – on and off the field.  My other favorite part of coaching is giving back to a sport which gave me so much.”